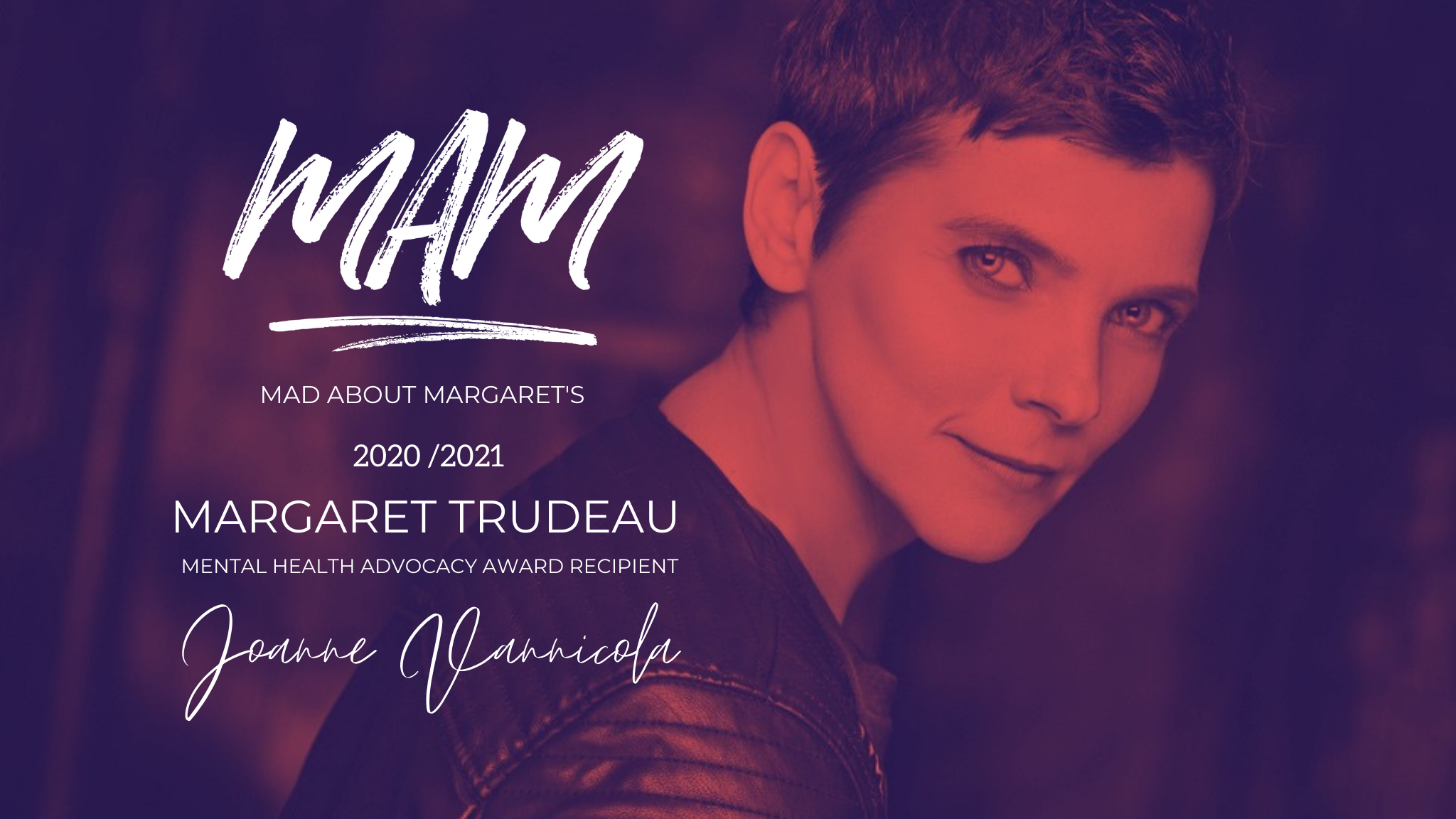 “While barriers remain, the progress we’ve made in reducing the stigma associated with mental and emotional illness and conditions of exclusion, has been in large part due to advocates like Joanne Vannicola.  Every voice influences change and Joanne’s has been loud and persistent!” says Diane Walter, Executive Director, Margaret’s”

The Award recognizes individuals who show notable leadership in advocating for fruitful and on-going dialogue about mental health and the rights of everyone to live with dignity and respect. Nominees are submitted by community stakeholders and consist of individuals who have lived experience with mental illness and advocacy.

Vannicola is a long-time advocate for the LGBTQ+ community. She is Chair of the first LGBTQ+ committee outACTRAto and sits on the sexual assault ad-hoc committee at ACTRA for women in film and television.

Equity issues have always been at the forefront of Vannicola’s work both in her artistic world and in her personal/political life and she is very passionate about youth, women, and LGBTQ+ issues. In 2004, Vannicola founded the nonprofit, Youth Out Loud to raise awareness about child abuse and sexual violence.

Vannicola’s memoir, All We Knew but Couldn’t Say (Dundurn Press) was released in the summer (2019) and documents her struggles with abuse and coming out as a non-binary actor.

“I’m deeply honored to be receiving the Margaret Trudeau Mental Health advocacy award, says Joanne Vannicola. “A person doesn’t set out to achieve awards for advocacy and volunteerism. One does this work out of passion, for social justice and to contribute to culture and human rights. It’s been part of my life for decades—advocacy and speaking out about youth, women, and LGBTQ+ rights.  So, this is just a lovely and beautiful gift, to be recognized for the most important part of my life- advocacy.”

Margaret Trudeau, an honourary patron of Margaret’s presented the inaugural award at the 5th Annual Mad About Margaret’s event in October 2016. The Award was named in honour of Trudeau’s tireless advocacy for people with mental health challenges.

Your gift makes a difference! Partner with us in support of life-changing programs. For donation enquiries email us at donate@margarets.ca

Connect with us on our channels!