Food Evolution | A fresh, Provocative Perspective On The Critical Issue of Food 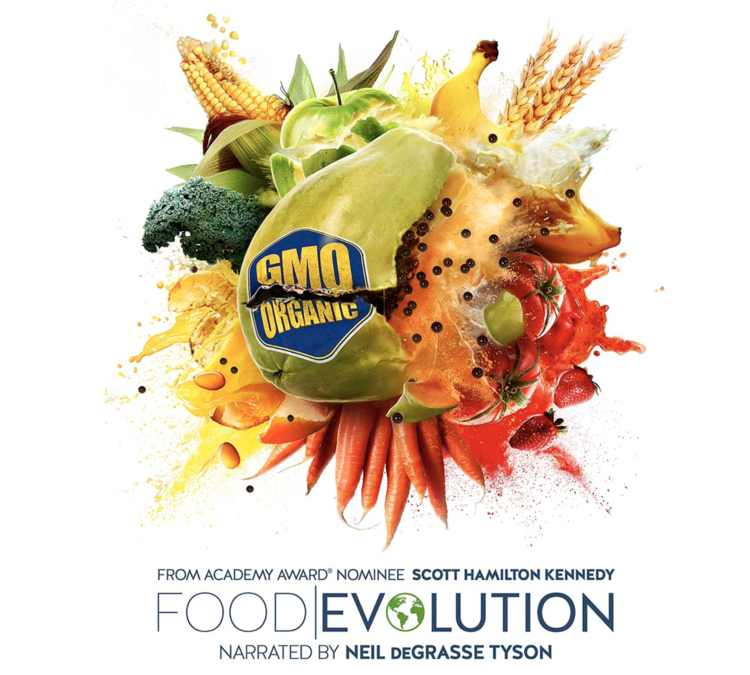 A fresh, Proactive Perspective on the Critical Issue of Food

Amidst a brutally polarized debate marked by passion, suspicion and confusion, FOOD EVOLUTION, by Academy Award®-nominated director Scott Hamilton Kennedy (The Garden, Fame High, OT: Our Town), explores the controversy surrounding GMOs and food. Traveling from Hawaiian papaya groves to banana farms in Uganda to the cornfields of Iowa, the film, narrated by esteemed science communicator Neil deGrasse Tyson, wrestles with the emotions and the science driving one of the most heated arguments of our time.

In the GMO debate, both pro and anti camps claim science is on their side. Who’s right?  FOOD EVOLUTION shows how easily misinformation, confusion, and fear can overwhelm objective analysis. How do we ensure that our food supply is safe and that everyone has enough to eat? How do we feed the world while also protecting the planet? Has genetic engineering increased or decreased pesticide use? Are GMO foods bad for your health? And, most importantly, what data, evidence, and sources are we using to approach these important questions?

While the passionate advocates in the film are all concerned with the stewardship of safe, nutritious food for the planet, their differing views on what constitutes the truth have to pit them against each other, rendering the very subject of the food itself into an ideological battleground.

Enlisting experts such as Mark Lynas, Michael Pollan, Alison Van Eenennaam, Jeffrey Smith, Andrew Kimbrell, Vandana Shiva, Robert Fraley, Marion Nestle and Bill Nye, as well as farmers and scientists from around the world, this bold and necessary documentary separates the hype and emotion from the science and data to unravel the debate around food, and help audiences reach their own conclusions. In a debate in which all sides claim to be on the side of science, FOOD EVOLUTION brings a fresh perspective to one of the most critical issues facing global society today.

When results are repeated and found to be true – that is objective, scientific truth. That is the kind of truth people should base legislation on. If you start basing laws that are not anchored in objective truths, it is the beginning of the end of an informed democracy.